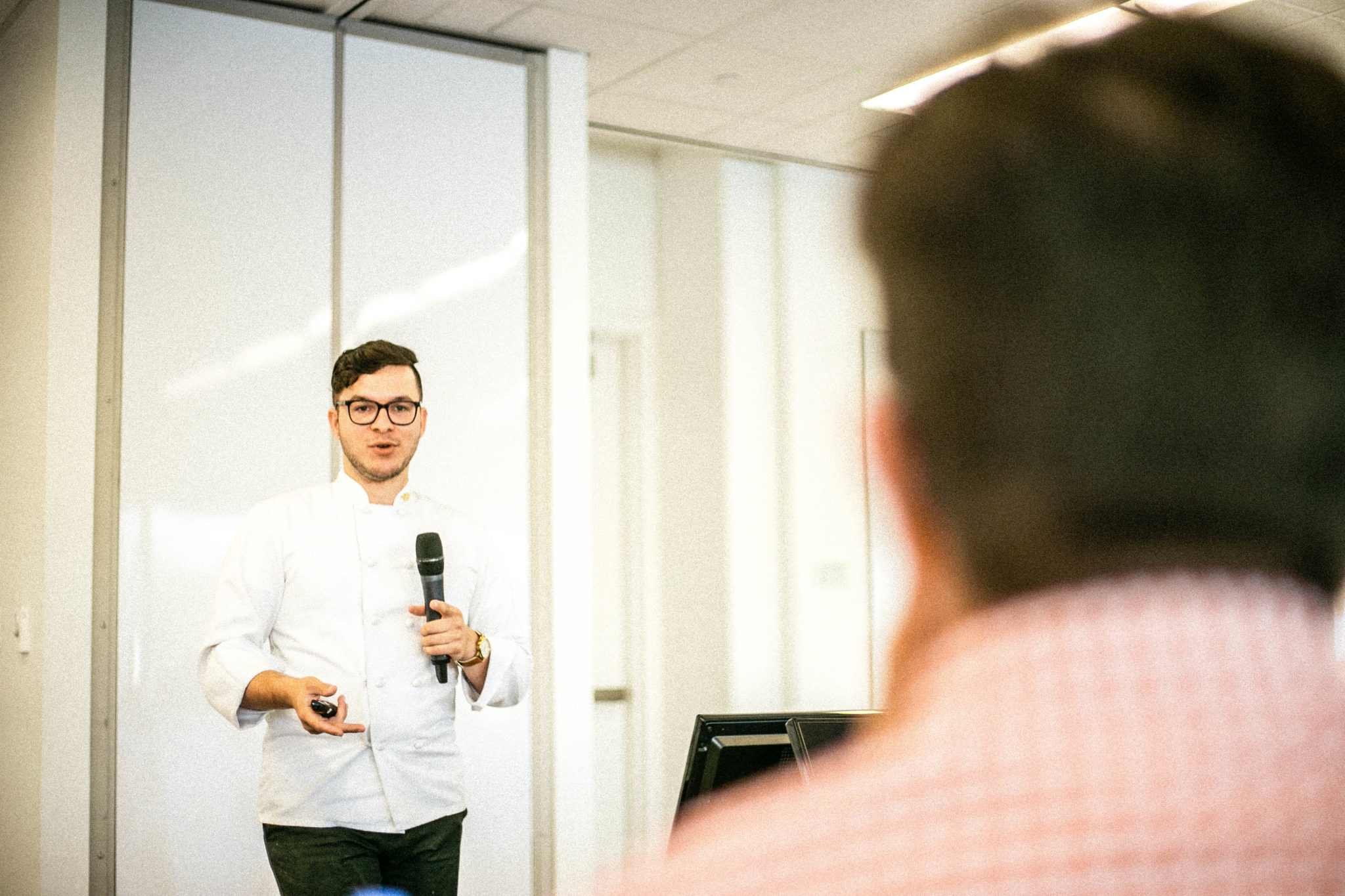 Benjamin Vickers is a Lakeland native who, through many twists and turns, entered the culinary industry of artisan bread baking.

Benjamin began his education studying English Literature and baked only as a hobby. Eventually though, baking become such a large part of Benjamin’s life that he decided it was his time to commit fully. He attended the Culinary Institute of America in Dutches County, New York at the age of 21, and moved back to Lakeland some years after graduation.

In Lakeland, Benjamin spent time working for local restaurants providing baked goods until, as he says, “the planets aligned,” when he believed it was his time to establish his own business. Honeycomb Bread Bakers has had much success since opening at the end of 2018 right here out of Catapult, and continues to find much success as Benjamin plans to move into a shared Brick & Mortar by the end of the summer.

To learn more about Benjamin and Honeycomb, listen to the rest of the episode here!

If this post has aroused questions about Catapult or entrepreneurship in general, be sure to reach out to us at Catapult using the email catapultlakeland@gmail.com or give us a call at 863-940-9660.