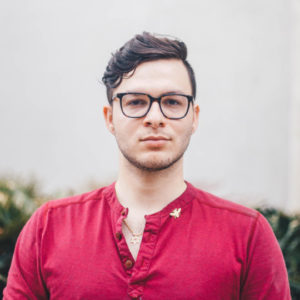 Benjamin Vickers is a native of Lakeland, Florida and was raised with a deep appreciation of all things sweet and yummy.

After studying literature in Tallahassee, he moved to New York for formal culinary training at the Culinary Institute of America, chasing his dream of opening a bakery named Honeycomb. During his time in New York, he worked at Dominique Ansel Bakery; became Pastry Chef of Serendipity Catering in Ithaca, NY; then baked breads, pastries, and desserts for the prestigious Relais & Châteaux resort Blackberry Farm in Tennessee.

He returned to his hometown in 2017 to become the pastry chef of Nineteen61 before founding Honeycomb. The breads, pastries, and desserts you enjoy owe their distinct style and exceptional flavor to Benjamin’s unique experiences and background.