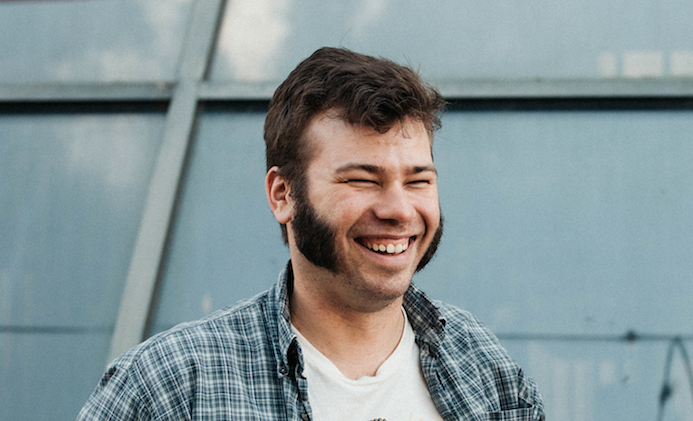 Cheese was never a part of the plan. Daniel paid for a degree in zoology out of pocket, but only went when he could afford it. Eventually, he needed a full-time job, so he started working at a large grocery chain– where he fell in love with the cheese department. As work demanded more of his time, he stopped going to school, and two years later he was a beverage buyer (spending a decent slice of his paycheck on cheese). Dan felt himself slipping deeper into the world of cheese and decidedly began working closely with it. His manager offered him an opportunity to take the American Cheese Society Certified Cheese Professional exam, where his “science-y” interests could pay off in curds. Nine months, a plethora of odd cheese books, and a handful of cheese seminars later, Dan was a certified cheese professional + had found his life’s calling. It has been 8 years since he became “Dan the Cheese Man” and his passion for the preserved, scientific, artfully-crafted amalgamation has yet to cease.

What is your business? The Salty cow is a purveyor of fine cheese from around the world. To put it simply: cheese mongering.

Who are your clients? Everyone. If you like cheese we want to feed it to you. Lactose intolerant? There is a cheese for that. Can’t have a cow? We will give you the goat. We aren’t sheepish folk.

What inspired you to become an entrepreneur? Working in a corporate world is confining + restrictive and I wanted to grow in ways it doesn’t support.

What are your short-term goals? Mostly, I just want to share cheese with people. I’d like for them to see it from a different perspective than “stinky and intimidating.” The idea of a dairy-centric food truck has come up as a future endeavor more than a few times.

What are some business wins? I have been on the radio with Tom and Dan in Orlando because of my cheese knowledge, Steve Kramer of A Gentleman’s Guide asked to do a podcast about cheese pairings, and I have hosted four private events in the last month (with two more scheduled for before Thanksgiving!).

Why Lakeland? Lakeland seems to be without the curds. There is a need for a fine food presence + I believe The Salty Cow fits the build.

How has Catapult helped you? Its given me a nest, a place to grow, access to tools + simple amenities that seem frivolous when you don’t need them.

What is your Secret Sauce?  I am a man of passion and facts. I love what I do and it is obvious.