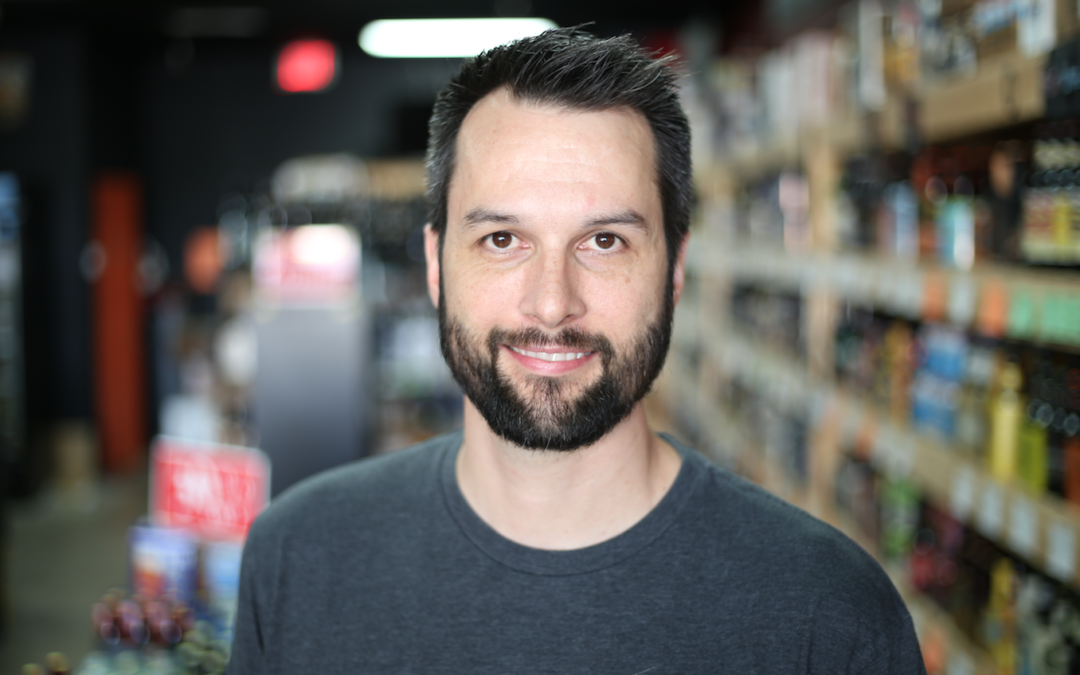 Mike is a long-time Lakeland native who had life-long aspirations of starting his own business. He graduated from UCF with a degree in Physical Education + spent 11 years as a science teacher and P.E. coach, but felt a lingering tug at his entrepreneurial heart-strings. Business ideas came and went, but nothing ultimately stuck. While travelling all throughout the country, Mike noticed a common theme– there was great beer everywhere, except Lakeland. He fell in love with craft beer + decided Lakeland needed a local hub that focused solely on this exploding industry. After four years of calculated research and careful consideration preparing to start his craft beer bottle shop and bar, Lakeland’s Beer Rev opened its doors in 2014. In 2016, Beer Rev received further funding from Catapult’s Launch program to expand operations + offer even more to local craft beer enthusiasts.

What is your business? We are a craft beer bottle shop and bar + recently expanded to add a kitchen. We carry a wide variety of craft beer with hundreds to choose from that you can drink in-house or take to-go.

What inspired you to become an entrepreneur? Entrepreneurship has always been a goal + passion of mine. It stems from working as a kid with my Grandfather, who owned several businesses. I spent years researching and developing my idea for Beer Rev before jumping in.

Something interesting about your business? Since opening in 2014, we’ve carried over 2,500 different beers of unique varieties at Beer Rev. People of different ages + different interests visit us and the common ground is good conversation, company and of course great beer. More often than not, strangers leave as friends.

What are some business wins? A daily win for us is whenever a customer, new or old, comes in, tries a new beer, and enjoys it. On a larger scale, we won 1st place for Best Craft Beer in The Ledger’s 2016 Best of the Best awards. This year marks our third consecutive year being nominated, which is motivating. Being able to expand, nearly tripling our size, and opening a kitchen marks a big win for us as well.

How has Catapult helped you? Catapult helped with our expansion financially through their funding program, but also by connecting us with people who could provide direction + knowledge of their experiences.

What is your Secret Sauce? Persistence. Putting in the long hours, sacrificing time I didn’t have, and navigating the roadblocks that come with starting a new business. I feel that, had I not put my all into this, Lakeland’s Beer Rev and I wouldn’t be where we are today.