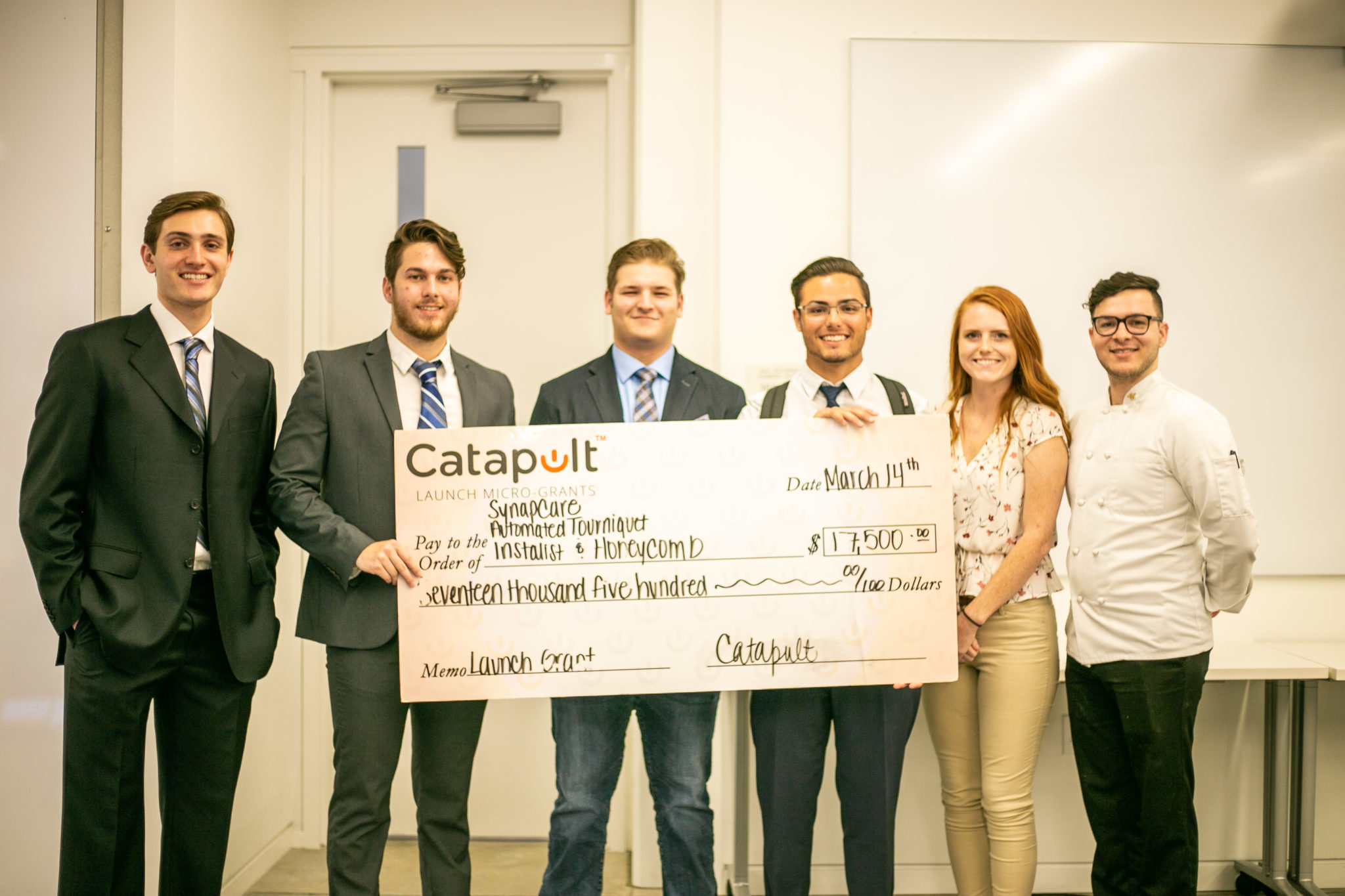 LAUNCH is a community-based effort to fund local small business owners and push their fledgling businesses forward. On Thursday, March 14th, Florida Polytechnic University hosted Catapult Lakeland for our LAUNCH Pitch Night. We had the opportunity to hear from five businesses vying for the chance at micro-grant funding to accelerate their company’s growth. At the end of the night, we were privileged to award four businesses with a total of $17,750. The recipients were:

SynapCare Presented by Jordan Douglass, SynapCare is a wearable device that reads brain activity to detect mental illnesses and clinically diagnose a patient via a low-cost, wireless piece of hardware. This student-owned company was granted $2500 toward the buildout of their device.

Combat Tourniquet Freshman Poly student Bruce Hicks pitched his concept for an automated tourniquet to be integrated into military uniforms. The technology recognizes injuries and automatically releases during combat rather than waiting for a medic to arrive. Bruce was awarded $2500 for the further development of this technology.

Instalist Students Andre Ripley and John Sarnecky have developed a piece of machinery that grades diamonds with pinpoint accuracy. They presented the need for funding to manufacture their device and were recipients of $2500 toward the venture to streamline the diamond grading process.

Honeycomb Bread Bakers Benjamin Vickers wooed our judges with his delicious, artisan-crafted bread before presenting his need for a commercial mixer and refrigerator. Not only was the Catapult Kitchen member given $10,000 from the panel of judges, but he also received an additional $250 as the Audience Choice Award winner.