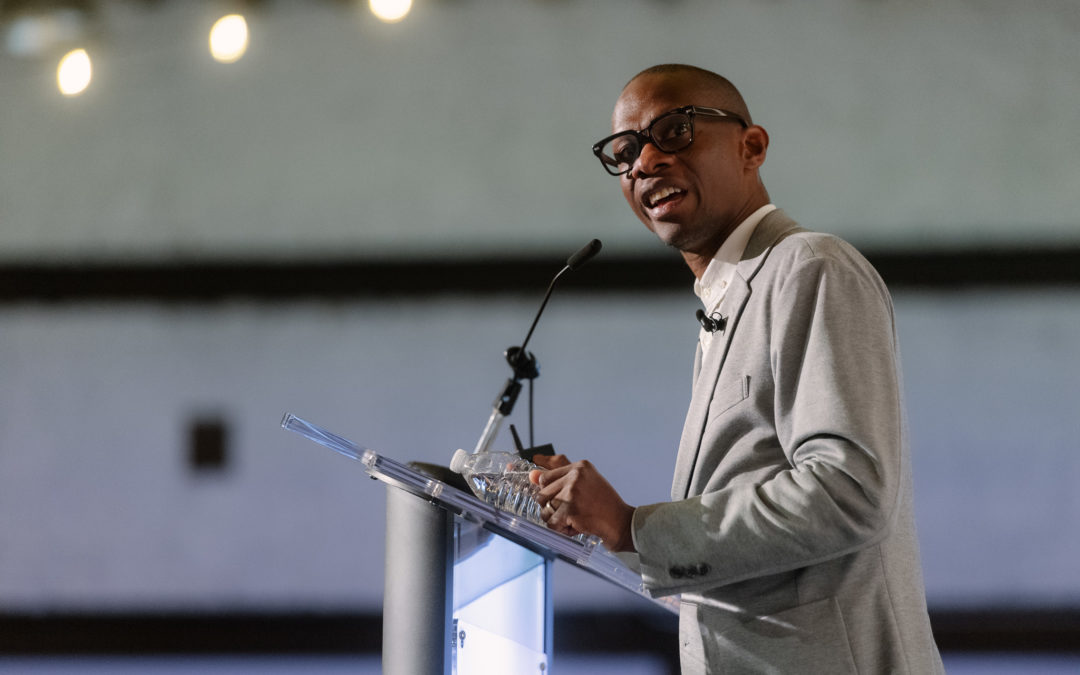 The 2nd annual Lakeland Entrepreneur Awards, hosted on January 28th at Haus 820, were held to honor several members of the Lakeland community who have contributed positively by providing services, time, donations, and forward thinking vision.

The event featured three awards and a guest Keynote speaker: Troy Carter. Carter, pictured above, is the founder and CEO of Q&A, a new music & technology company. Formerly, Carter was the founder and CEO of Atom Factory and co-founder and Managing Partner of Cross Culture Ventures. He most recently served at Spotify as its Global Head of Creator Services. Carter rose to prominence in the music industry by nurturing the careers of Lady Gaga, John Legend, Charlie Puth and more. His early-stage investments include Uber, Lyft, Dropbox, Spotify, Warby Parker, theSkimm, MOAT, Gimlet Media, Thrive Market, and ATTN.

The awards included  the Community Pillar Award, the People’s Choice Award, and the David Lyon’s Entrepeneur of the Year Award. 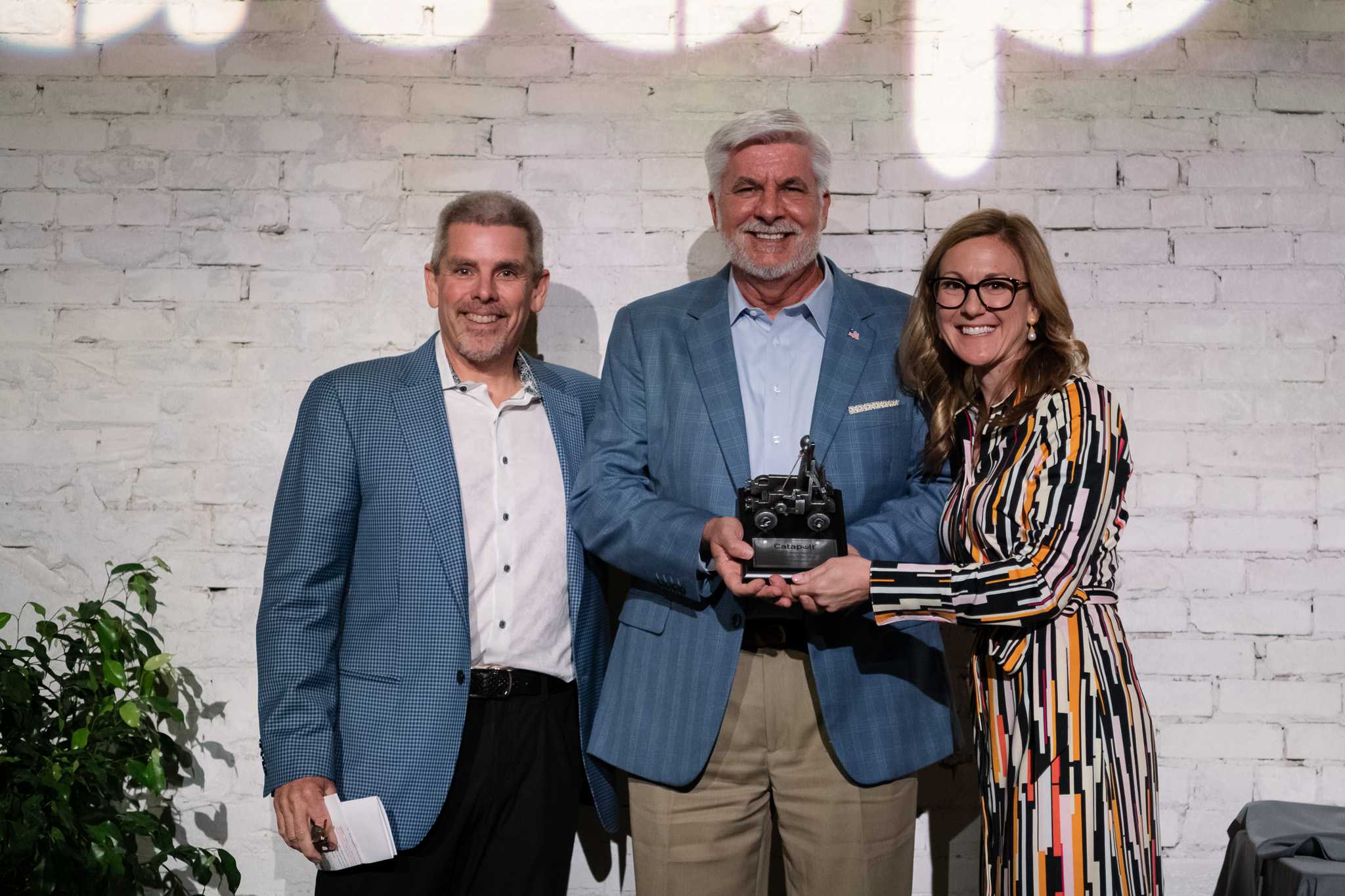 The Community Pillar Award was created specifically for the individual that it was honoring. Their dedication and passion for a greater Lakeland has driven them to serve in ways that have had an immeasurable impact on our community. Their legacy is one of dedication, support, and innovation. They embody what being a servant leader is all about, and often offer up their valuable time, energy and resources to continually assist those around them and push this community to its fullest potential. 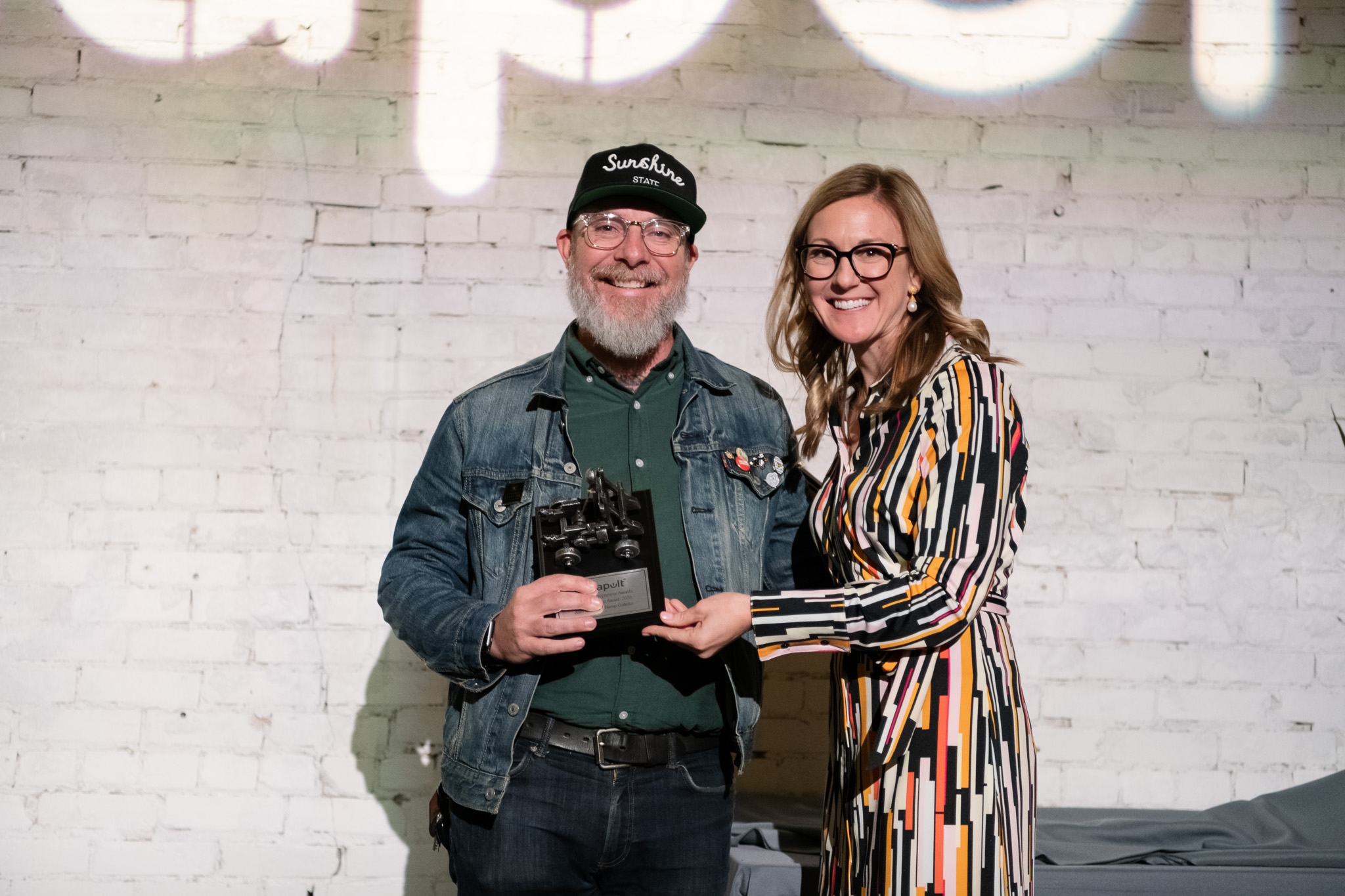 The People’s Choice Award is chosen by none other than the people! Anyone who has access to the internet is free to vote for their favorite local entrepreneur out of three provided nominees whom were also decided by the people. This year’s nominees were

Nikki Hunt of Scout and Tag

The winner of the People’s Choice was Bump Galletta!

The David Lyons Entrepreneur of the Year Award is given to a person who has started and successfully manages a business while demonstrating a strong  entrepreneurial mindset through creative approaches, willingness to take risks, passion, and perseverance. Not only is this person a trailblazer in their field, but they also recognize the importance of dedicating time to give back to the Lakeland community. The nominees for this award were

The winner of the David Lyons Award was Chris McArthur!

We’re honored to have had the opportunity to host the Lakeland Entrepreneur awards for the second year and are excited to continue doing it for many years to come. It wouldn’t be possible without the people listed above and many more who pour their all into our community and continually push it to its fullest potential. 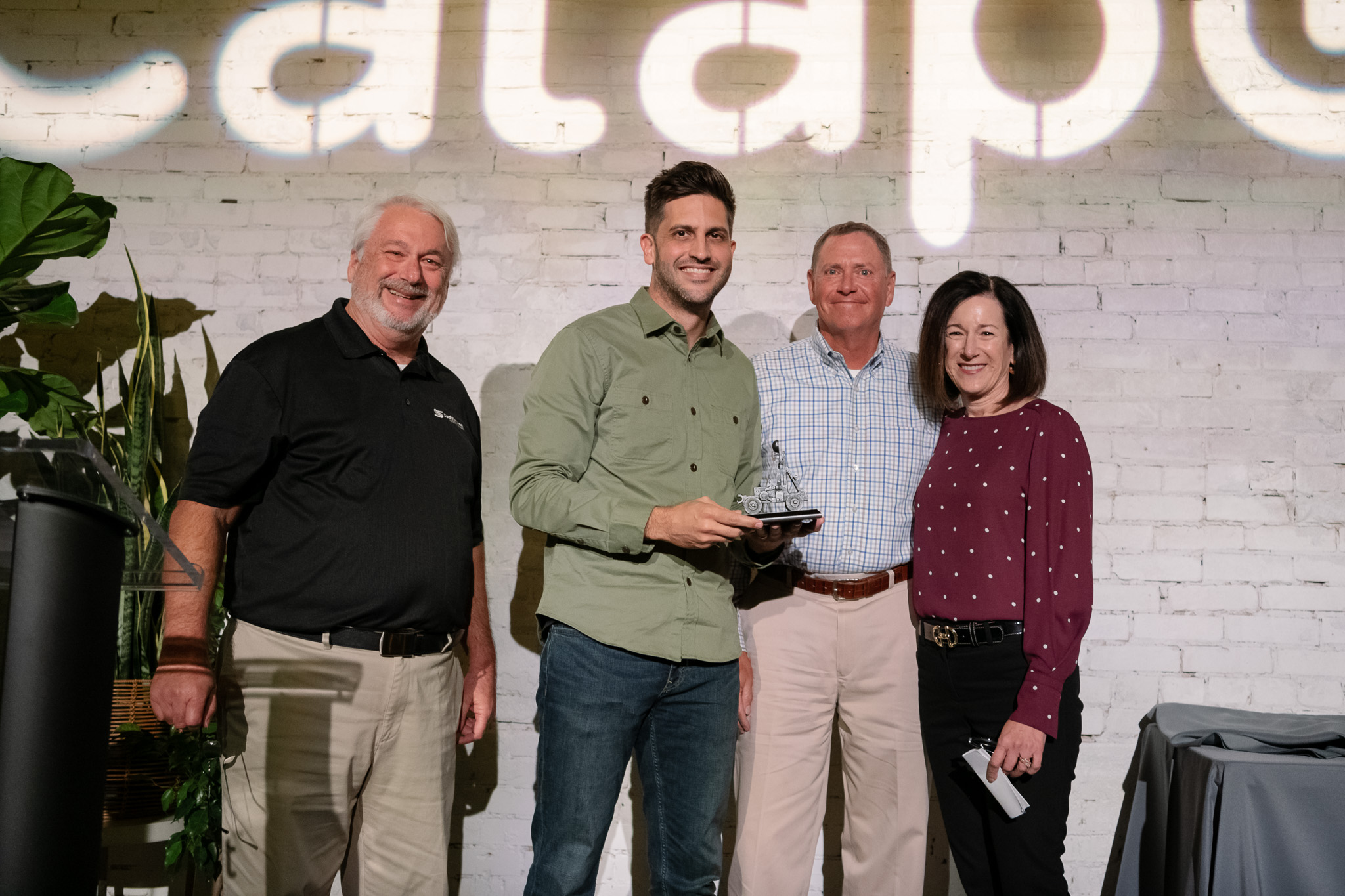 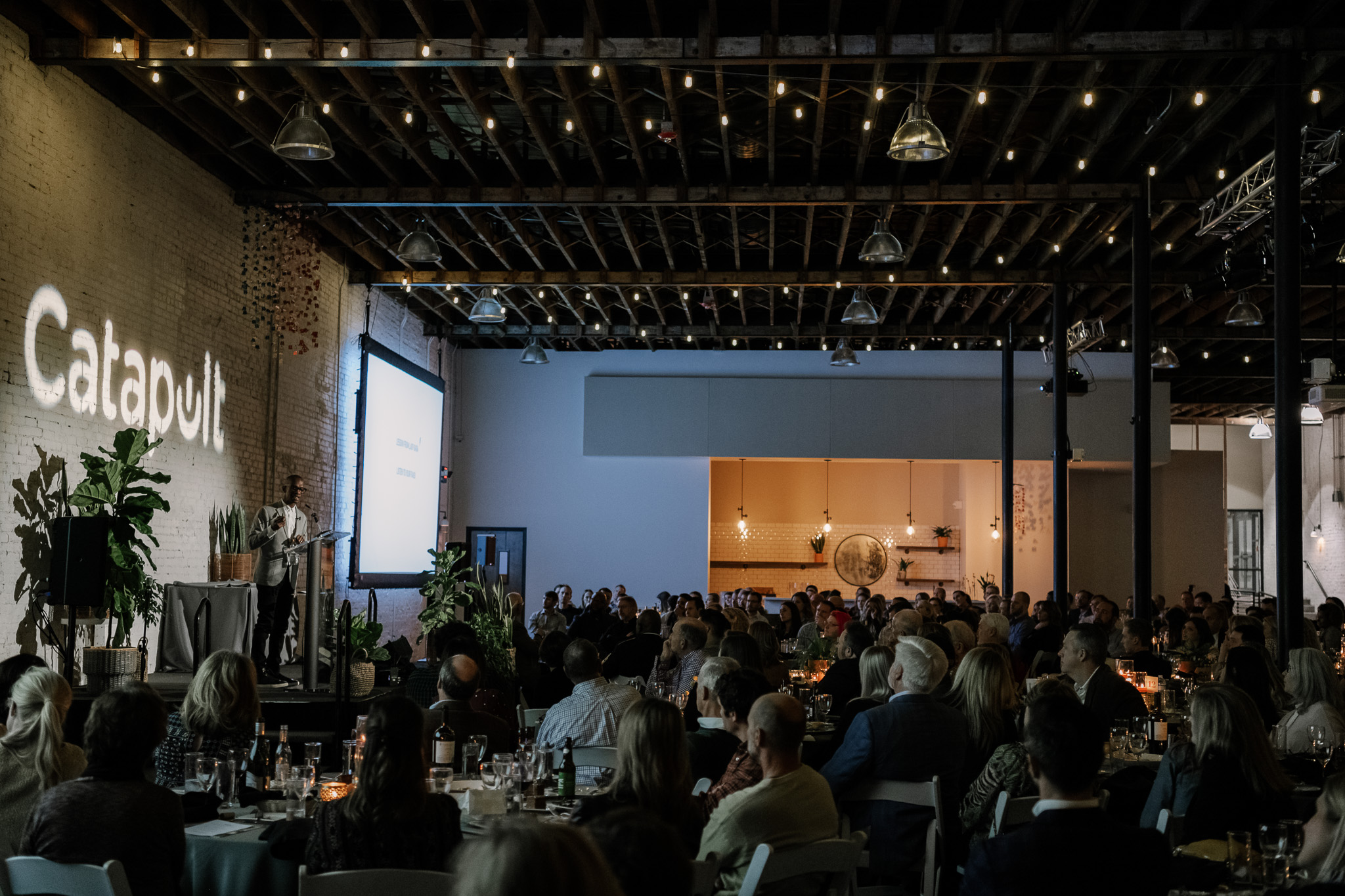 Be sure to follow us on Facebook and Instagram to keep up with all things Catapult and to celebrate our members and the greater community. If you want to learn more about Catapult and entrepreneurship, be sure to explore our website, email our membership director Christin Strawbridge, or give us a call at 863.940.9660.